Before she was one of Hollywood’s most beloved actors, Maureen O’Hara was born in August 1920 as Maureen FitzSimons on Beechwood Avenue in Ranelagh. Her mother was an operatic contralto, and her father was involved in the clothing industry. O’Hara was born during a tumultuous moment in Irish history. It was the middle of the War of Independence and the Civil War was looming, while nation was beginning to define itself. The Proclamation of the Irish Republic in 1916 had promised “civil liberty, equal rights and equal opportunities to all its citizens” and throughout her life O’Hara was determined to seize those opportunities.

An active, physically capable child, she earned the nickname “baby elephant”. O’Hara enjoyed football, swimming in the river Dodder and horse riding. She was the only red-haired child in the family, and stood out in childhood in a manner that made her self conscious when adolescence struck. However, she had a dogged streak that she cultivated:

“I didn’t take discipline very well. I would never be slapped in school. If a teacher had slapped me I would have bitten her. I guess I was a bold, bad child, but it was exciting”. 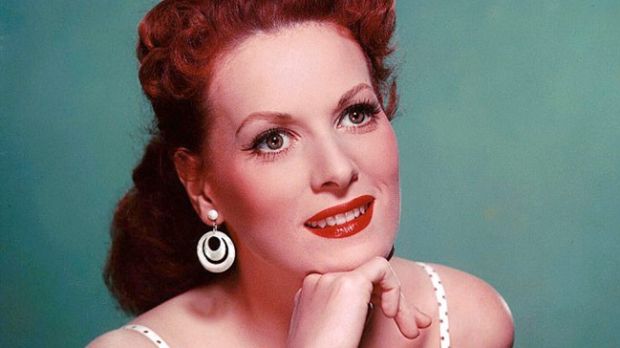 Maureen was involved in amateur dramatics in Rathmines from the age of 10. She was set upon a life on the stage with a tenacity that would become her trademark. At the Abbey Theatre, she began her theatrical career by painting sets. She later studied at the Guildhall School of Music in London, where she was their youngest ever graduate in 1936.

A Star is Born

In 1937, the actor and singer Harry Richman proposed a screen test at Elstree Studios in London. Despite her stilted performance – due to nerves and discomfort caused by the heavy makeup and elaborate costume – Charles Laughton saw the screen test and was struck by O’Hara’s expressive features.

Laughton would be instrumental in the development of O’Hara’s career. He insisted on her changing her name from FitzSimons to the shorter “O’Hara” after her break-through role in Alfred Hitchcock’s Jamaica Inn in 1939.

O’Hara objected, but eventually relented. O’Hara starred opposite Laughton in The Hunchback of Notre Dame, again in 1939. The role garnered much positive attention although her contribution is sometimes diminished by the praise heaped on Laughton for his physical transformation.

O’Hara’s career suffered after the breakout of the second World War. She starred in a number of flops before hearing about John Ford’s How Green Was My Valley in 1941. She begged her agent to get her a role. Playing the role of Angharad allowed her to flex her dramatic muscles. It would be the beginning of a 20-year collaboration with Ford. Their relationship was not without its challenges. Adrian Frazer, in his book Hollywood Irish, documented O’Hara’s testimony of the moment where Ford punched her in view of a number of colleagues:

“I felt my head snap back and heard the gasps of everyone there”.

In 1950, O’Hara and Ford worked together again on Rio Grande. This time she starred alongside John Wayne who would become one of Maureen’s firmest friends collaborating with her on five films. In later life he said of her:

“She’s a great guy. I’ve had many friends and I prefer the company of men. Except for Maureen O’Hara”. 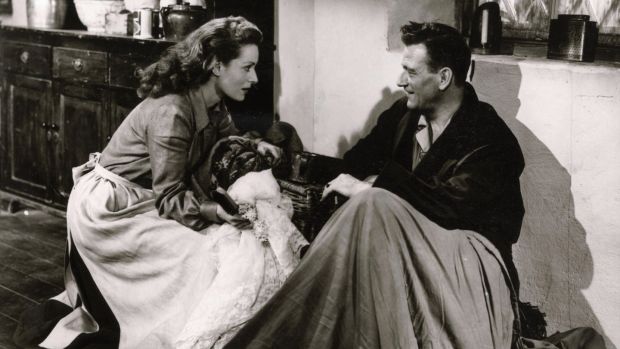 Rio Grande was one of a number of adventure films that allowed O’Hara to play the (often stereotypical) fiery redhead. The Black Sails (1942), Sinbad the Sailor (1947), Flame of Araby (1951) and At Sword’s Point (1952) all cast her in action roles, either as an exotic princess or a feisty cowgirl. Of Comanche Territory (1950), New York Times critic Bosley Crowther said “she tackles her assignment with so much relish that the rest of the cast, even the Indians, are completely subdued”.

These action roles were often dictated by the demands of her contract, and meant that she was deemed a little stiff and humourless in dramatic roles. The opportunity to really demonstrate her range came in 1952’s The Quiet Man, again with Ford and Wayne. The role of Mary Kate was complex, demanding that the actor portray a changeable, volatile, physically expressive woman who is subdued by love – a role reminiscent in some ways of Kate in the Taming of the Shrew. As such, it can be troubling to the modern viewer. But O’Hara tackled the role with passion and aplomb, while reaffirming her expert comic timing.

“An Irishwoman is strong and feisty”

O’Hara worked steadily until her retirement in 1971. She occasionally returned to film in later life. She became one of the Technicolor era’s most loquacious and witty chroniclers in her memoir Tis Herself, published in 2004. It is a compelling read that lifts the lid on much of the sleaze and scandal of Hollywood, and demonstrates the mettle women stars had to possess to survive in the industry. O’Hara proudly defined herself through her Irish identity to the last. She wrote in her memoir:

“Being an Irishwoman means many things to me. An Irishwoman is strong and feisty. She has guts and stands up for what she believes in … She’s not above a sock in the jaw if you have it coming”. 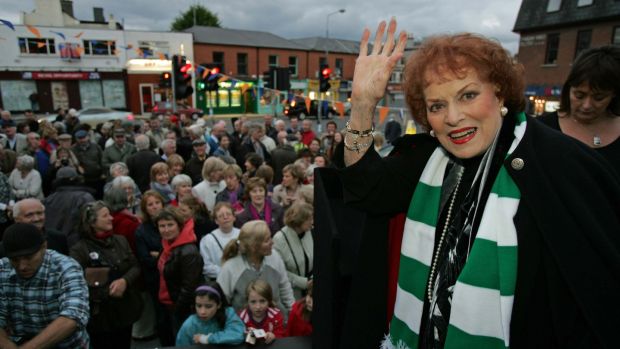 The actor died peacefully in her sleep at her home in Boise, Idaho in October 2015 aged 95.

Originally published in The Irish Times on 23 July 2019.

This Extraordinary Emigrants article was written by Jessica Traynor, former deputy museum director at EPIC The Irish Emigration Museum. The format of this article was edited on 21/07/2022.